BLM (the hypocrisy, will it ever end?): Eight homicides in six days (as of Friday afternoon)/UPDATED: It is now nine in the first ten days of April!

Birmingham PD is taking heat from the nearby city of Calera for not utilizing proven investigative crime solving methods to make arrests in the wake of recent killings. As a side note, I'd wager that none of dementia Joe's proposed 2a infringements would have changed the outcome of any of these crimes nor were any of the firearms used purchased "legally"

BIRMINGHAM, Ala. (WBRC) - Following a recent spike in gun violence in Birmingham, some neighboring police departments have expressed criticism and accused the Birmingham Police Department of not fully using resources to solve crimes.

The conversation is about a system called the National Integrated Ballistic Information Network. NIBIN is a system where officers can compare bullet shell casings from shootings to link the bullets back to the gun used to try and find the shooter. Calera’s Police Chief tweeted a strong message to Birmingham Police highlighting the number of recent deaths and accused the department of not using that system and not effectively tracing guns in crimes.

“Recovering shell casings, entering them into the system, and following up on those leads aggressively is an important part. Not following up is like taking fingerprints and not using them to prove crimes. You have to do all of it,” said Chief David Hyche, Calera Police Department.

“While it may connect the gun, it won’t connect the shooter. Just like whoever made that comment may have their take on things - I handle Birmingham. Maybe they should handle their department that’s all I can say.”

Police say 7 people died in shootings since Saturday and over 10 people were hurt....most of them younger people. Leaders say they have made progress in those cases to identify people responsible, but they are also asking for the community’s help.

A Birmingham City Worker was shot to death in his city truck around two o'clock Friday afternoon. No suspects have been arrested. 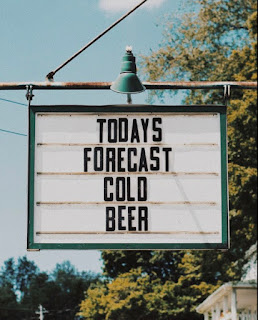 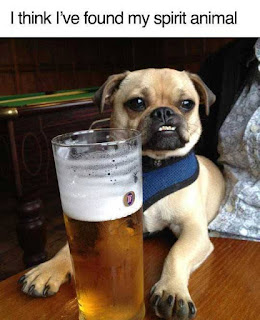 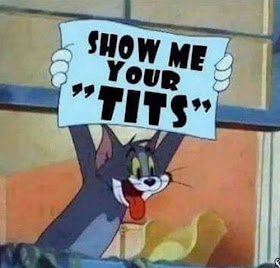 Trying to button up the FFF post before I head out.... 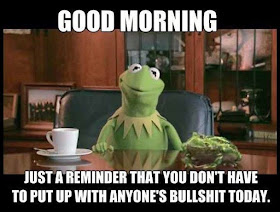 Do black lives really matter?: Tuscaloosa Five Shot Outside Bar In Downtown Tuscaloosa: Where is the outrage?

Brought to you in part by George Soros backed Mayor Walt Maddox, the demokrat partei, and other commies amongst us. A similar scenario played out in a city park in Birmingham this weekend where FOUR CHILDREN were shot and a woman killed in similar senseless act of violence (there were also multiple other homicides I'll post further reports if I have time). I for one am tired of the MSM and the leftist in this country and their hypocrisy when it comes to reporting  gun violence. Guns and high capacity magazines are not the problem. It is difficult to take any group serious when they gun down their own people for being "disrespectful", or for a pair of shoes, a jacket, a cap,  a musseloid murdering ten people in Boulder, etc.

Psycho Chicks, We All Know At Least One. Alabama Secretary of State and prospective U.S. Senate Candidate, John Merrill, has been incinerated by his "side chick" as of today. (Caution! This article contains explicit language) 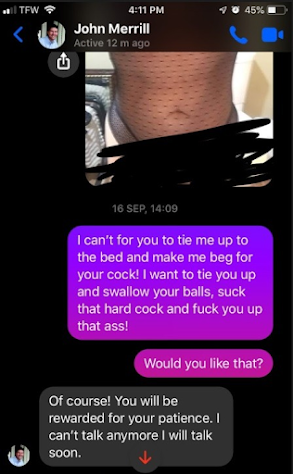 “It was July 2019, and then we’d just, he’d come over Sunday night, Monday night, sometimes Tuesday nights if she (his wife) didn’t come into town and stay in the apartment with him because he would have to be there with her. And mostly Wednesday and Thursday. Sunday, Monday, Wednesdays, and Thursdays, and then if he had a weekend…I stayed at his house twice. I went and spent the night, and then I slept in her bed and had sex in her bed.”

“He called me and he asked me to go to the store to get clothespins, he wanted me to put them on his nipples, or he’d put them on mine.” McPherson went on to say that Merrill enjoyed having his anus "breached" and had a text message from him to which lent credence to the allegations.
Read the entire story HERE

Scrolling the webz and news this morning....

This caught my eye as well as the teaser on the side:

PEMBROKE, N.H. (WHDH) - Pembroke Academy’s track and field coach says he was fired for refusing to require his athletes to wear a mask while competing.

It’s recommended all outdoor track and field athletes wear a face-covering during competition but Brad Keyes said when he learned his school would enforce those guidelines, he protested online by writing an article titled: “Fire me if you must.”

“There’s no rationale to it, there’s no consistency to it and I felt like I would be lying to the kids in telling them that it makes any sense,” he said.

When asked why he did not just quit in protest, Keyes said because he wanted to call attention to the issue.

“Nobody would’ve heard about it. They would’ve said thank you and I would’ve walked away,” he said. “I titled it that way because I assumed they would fire me. And I was hoping I would catch some attention and maybe get the word out and maybe get some other people to speak up.”

Keyes said he is not alone in feeling this way.

“I’ve heard from other coaches, their approach will be to wink, a nod to the kids, ‘Oh if your mask falls off or gets pulled down there’s nothing you can do about it.’ So now we are coming up with these rules and they are going to be told they aren’t really important,” he explained.

“Being outside is extremely safe. It is very rare to have transmission of COVID-19 in an outdoor setting,” she said. “If there’s a race, and people are running by each other you know short time periods of being within 6 feet outside would also not pose a very high risk.”

However, Doron said mask mandates are put in place for reasons other than preventing the transmission of COVID-19.

(Copyright (c) 2021 Sunbeam Television. All Rights Reserved. This material may not be published, broadcast, rewritten, or redistributed.)

If you watch the news clip at the link above, Dr Doron is interviewed at the end and her statement is highlighted above. The last sentence is quite interesting.  The media transcript changed her wording from "make people comfortable" to "keep people comfortable".

So, here is an Epidemiologist, that realizes some the mask mandates are not in effect for stopping transmission BUT are in place because someone else might get scared or uncomfortable.Maybe those snowflakes should just stay home?

I can also tell you that I am personally aware of 6 persons that have had positive tests in the past week. All of them are experiencing various symptoms associated with covid BUT all describe it as a bad cold or flu. Most are already on the mend.

Moving on to the next clickbait headline:

(WHDH) — As millions of Americans are being vaccinated against the coronavirus, another variant has emerged.

The so-called “double mutant” variant has been discovered in San Francisco after first being detected in hard-hit India.

The variant got its name because it carries two mutations of the virus that helps it latch onto cells.

It is not yet known whether this new variant is more infectious or resistant to vaccines.

“To date we don’t know that the variants have completely escaped immunity, where for example, if you’ve been naturally infected or immunized you still may be hospitalized or in a ICU or die,” said Dr. Paul Offit, member of the FDA Vaccines Advisory Committee.

The Centers for Disease Control and Prevention says part of the reason overall case counts are up 16 percent over the past two weeks is because of the variants.

There are currently more than 700 cases of the United Kingdom variant in Massachusetts.

While only one case of the “double mutant” variant has been reported in the United States, reports say doctors at Stanford University are screening seven other cases that could be the new strain.

(Copyright (c) 2021 Sunbeam Television. All Rights Reserved. This material may not be published, broadcast, rewritten, or redistributed.)

I'll keep an eye open for the "triple- variant" when this one dies off.

Have any of you noticed we have had a rash of white supremacist,  MAGA hat wearing 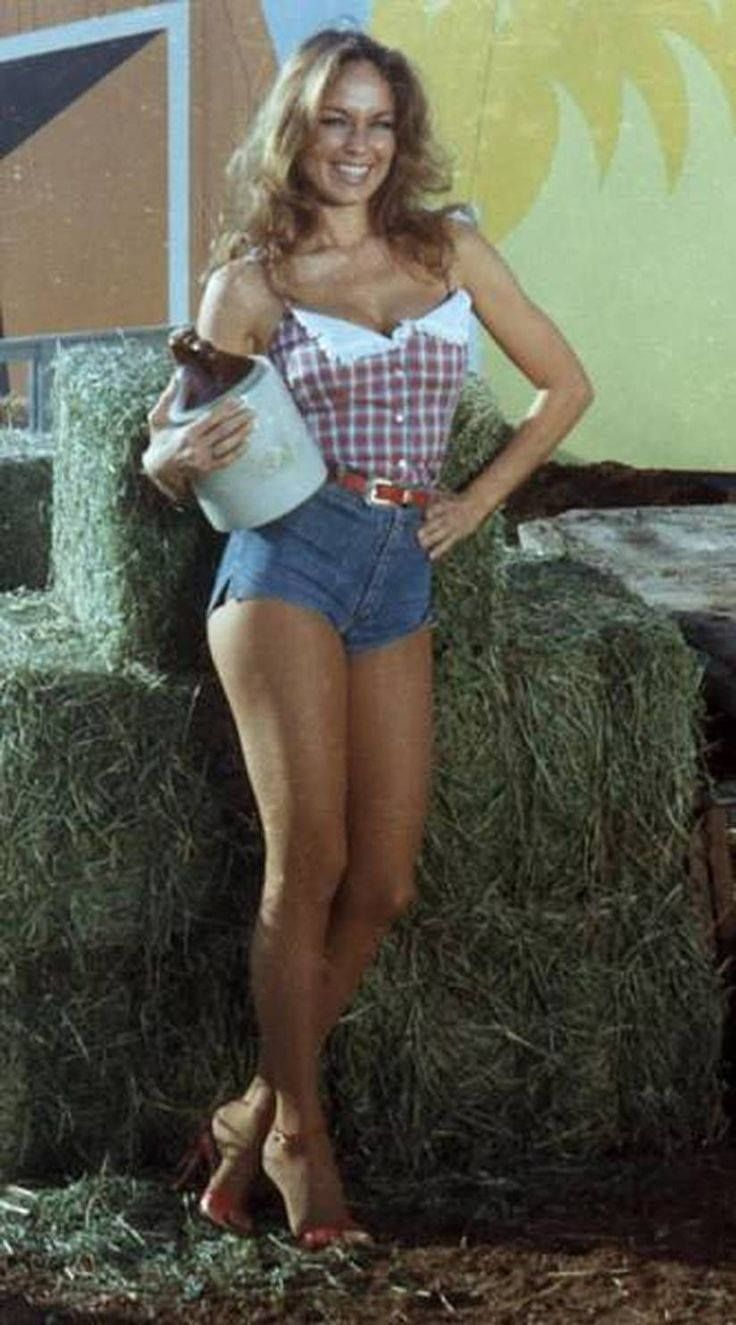 First up, the header image.  Damn nice looking place to wet your whistle right? I bet the burgers are

as good as the one's on FFF.  Well, it's CGI. I found it this morning: our freedom without the vaxx?  Poof , Gone.  Scroll down the blog and see for yourself.

Lot's going on. I've started and deleted a few posts but get pulled in various directions.

Life, you know, we are all living it.

I hope you all had a nice Easter Weekend. Here the weather was Sunny and high 50's all afternoon.

It was nice to sit outside and actually relax. We had leg of lamb and a sliced ham as well as

all the sides.  The ham bone is in the pot and tonight I will start a nice big batch of split pea

and ham soup with bacon of course and a few extra goodies thrown in.

One thing that is constantly in the back of mind is the this thought:

as conspiracy theory crap we see everyday, what if parts, whatever percentage that is, are true?"

Stay safe out there, I'm lurking as time allows.