Sunday Sunshine, Covfefe, Surfing Leads To..."So we're just memory-holing studies that don't align with the narrative? "- "Numbers mean absolutely nothing if you don't give me something to compare it to."

It's a beautiful blue sky day here at the bunker in the "Live Free( if we allow it) or Die ( of kung-flu)" State of NH.

Last night, the "Boss" was in a text conversation with a friend that's an OR nurse, I interjects and posed the question

Me "Really?", thinks to myself, that's a good sized hospital.

Follow up response  "That's all. It's a bad flu that affects the already sick and elderly"

Their conversation moved on to other things, as did I. It just confirmed what I have been seeing and hearing.

2. Close friend to myself. Family gathering a month or so ago. All in close quarters for the gathering. Three days later one of the offspring felt "like shit" tested positive. All other family members, over 10 total, all tested negative. All. tested. negative. No masks, no social distancing.

Father and son went on a trip down south for 4 days just before the new mandates of travel. They were with a group of 16-20 people. Stayed home per mandate when they returned even though there were no cases known. Tests. Negative.

Next person (W)  spent time with non household family members not to long ago. A few days later 3 tested positive then 2 more tested positive. (W) has been tested twice. Both negative.

For the record, I also have friends that have known people that have died from the virus. It's real. It's not a hoax. There is just too much that doesn't pass the smell test, kinda like the recent election. <<<

Which leads to this morning's find at Revernken's Place Up North<<<

and that started the rabbit hole travels.

First stop was the link to NOTTHEBEE<<

A few days ago Johns Hopkins published a study saying corona is nbd. They then deleted it. Read it here in its entirety.

Johns Hopkins published this study on Sunday which posits that Covid is nowhere near the disaster we're being told it is. I would summarize it for you or offer pull-quotes but honestly you just have to read it yourself because it's mind-blowing. The original article is now deleted from the Johns Hopkins website ... for some reason. Luckily the internet is forever and it's available via the Wayback Machine. Here is the article in its entirety:  <<

After perusing that post I headed over to the twit and searched the term John Hopkins.

There I found this perspective: 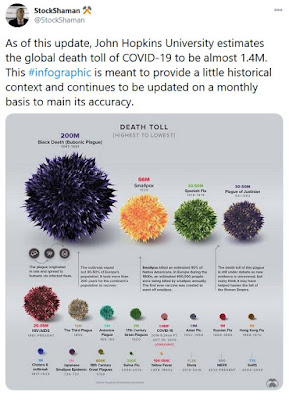 Another interesting post from that search was this one:


Here is that infographic from the paper linked: 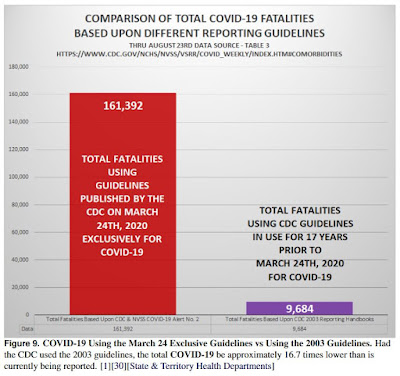 That's enough negativity for one morning.

For those that made it this far and would like to see a beautiful red head, Reader David sends: 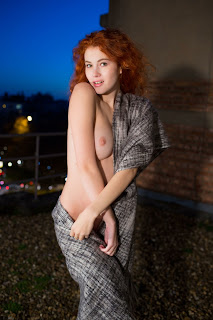