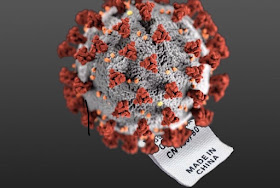 
SHOULD WE BE READY FOR THE REEMERGENCE OF SARS?

The medical and scientific community demonstrated marvelous efforts in the understanding and control of SARS within a short time, as evident by over 4,000 publications available online. Despite these achievements, gaps still exist in terms of the molecular basis of the physical stability and transmissibility of this virus, the molecular and immunological basis of disease pathogenesis in humans, screening tests for early or cryptic SARS cases, foolproof infection control procedures for patient care, effective antivirals or antiviral combinations, the usefulness of immunomodulatory agents for late presenters, an effective vaccine with no immune enhancement, and the immediate animal host that transmitted the virus to caged civets in the market at the beginning of the epidemic. Coronaviruses are well known to undergo genetic recombination (375), which may lead to new genotypes and outbreaks. The presence of a large reservoir of SARS-CoV-like viruses in horseshoe bats, together with the culture of eating exotic mammals in southern China, is a time bomb. The possibility of the reemergence of SARS and other novel viruses from animals or laboratories and therefore the need for preparedness should not be ignored.

According to lead singer Ed Kowalczyk, the song is about "the end of the world". The discussion that takes place in "White, Discussion", is about people standing around talking about what needs to be done but taking no action. Too busy arguing amongst themselves, they ignore all the saints, prophets and warriors, and are oblivious to the real battle going on, and by the time they notice, it's too late. [4]
The snippet of "I warned you, I prepared you, I instructed you, I told you what to expect." was recorded by the band while driving around in Denver before the release of Throwing Copper. According to Kowalczyk, they heard this crazy guy on the radio talking about the end of the world, and felt that it fit the song's theme, so they recorded it and added it into the song right before the album was to be pressed.