Now the days get longer and we ramp up to spring!!

Twatter will probably pull it so I saved it in both formats if you want to make it viral.

During heavy rains and the springtime thaw, we always get water that flows into the garage from the back wall area. A couple weeks ago we got over 2 inches of rain and the water was flowing pretty good. Broom, squeegee, repeat.

What better time to find the source I guess.  So I commenced to pulling the wallboard down over in the back right corner of the garage and was greeted with this:

At that point I turned to the band leader and asked him to keep playing to help calm the passengers.


Now comes the interesting part. When the previous owner had the garage addition put on the house, the contractor so nicely poured the concrete walls in a horseshoe shape up against the original foundation.  There is no access to the area I need to get to.  I can fit part way over and with a flashlight I can see about a foot of water pooled against the back of the wall. The water table is high here and we have a couple sump pumps in other areas so it's not surprising.

These floor joists are the TV room that is partly above the garage. I had to notch them so I could wedge over the wall to the other side. 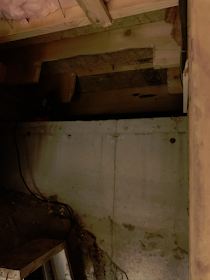 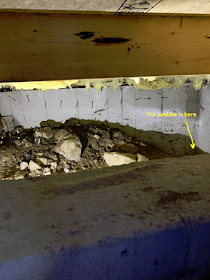 Now comes the power tools and some manual labor.


Sadly, dynamite was out right banned when I asked the Führer if I could blast. 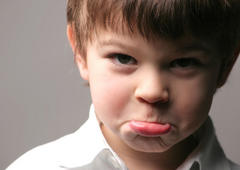 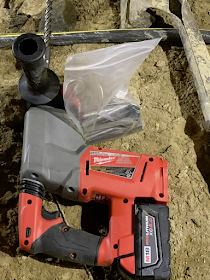 My Nemesis is wedged in the corner where I need to work, Oh lucky me! 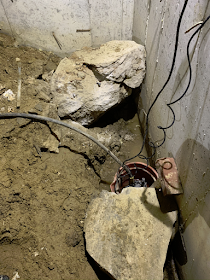 Some hole drilling and wedges started to split the top. New Hampshire is called the granite state for a good reason. This shit was tough. 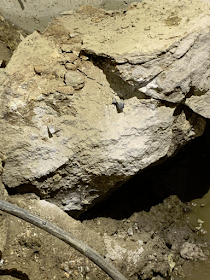 Before burning out 2 Bosch hammer drill bits I was able to downsize the boulder enough that I could roll the smaller chunks up and out of the way. 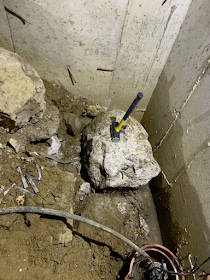 This remaining piece was way to heavy. I tried prying it with my shovel but decided not to break the handle. Instead, I trenched out behind it and under it enough that a could roll it backward into the pocket I created in the dirt berm.

I was thinking about bolting an eyebolt to the joists and using a couple straps and come-along to drag it up and out of the way.

After some daydreaming about what could go wrong if the straps slipped:

I decided to leave it , for now. 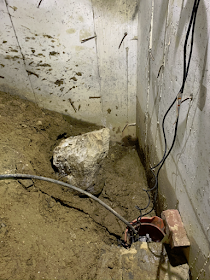 The corner is cleaned out and I trenched deeper so the sump pump will keep the water level below flood stage.

The Battling Bastards of Benghazi

Reader Joe sent this and asked us to post it so that we won't forget:


The Battling Bastards of Benghazi By John Edwin Roberts

We’re the Battling Bastards of Benghazi,

no fame, no glory, no paparazzi.

Just a fiery death in a blazing hell,

defending the country we loved so well.

It wasn’t our job, but we answered the call,

We pulled twenty countrymen from the jaws of fate,

led them to safety, ‘n stood at th’ gate.

but we stood fast to bar th’ door.

We called for reinforcement, but it was denied,

We gave our all for our Uncle Sam,

‘n Obama didn’t give a damn,

no thanks to us, we were bumps in the road. 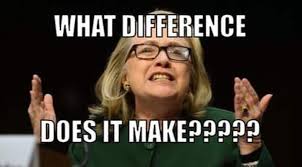 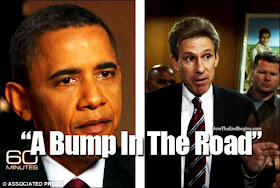 
A few weeks ago I noted that the "reaction" buttons for each post keep getting lowered/deleted. This morning the FFF post was at 20 likes and 10 more please.

I know it's not a big deal and the feed back from comments and private emails is always positive on most of the items Jeffery and I put up here to share.

Anyway, here are two quick snapshots taken at the same time about 5 minutes ago:

Just an interesting observation give the fact that some posts get 4 digit hits. 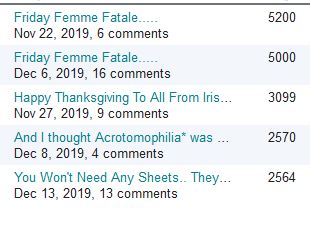 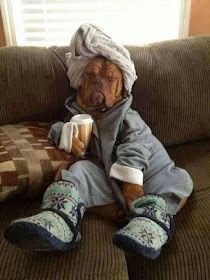 It appears The Storm is coming sooner rather than later, as AC's longtime insistence that the FBI and other federal agencies were corrupted and US citizens have been subject to a massive private surveillance state is being confirmed through recent declassifications:

On March 9, 2016, Department of Justice (DOJ) oversight personnel learned that the FBI had been employing outside contractors who had access to raw Section 702 Foreign Intelligence Surveillance Act (FISA) data, and retained that access after their work for the FBI was completed.

This information was disclosed in a 99-page FISA court ruling on April 26, 2017, that was declassified by Director of National Intelligence Dan Coats.

That wasn’t an isolated incident and the improper access granted to outside contractors “seems to have been the result of deliberate decisionmaking” (footnote – page 87).

The FISA court noted the “FBI’s apparent disregard of minimization rules” and questioned “whether the FBI may be engaging in similar disclosures of raw Section 702 information that have not been reported.”

On the same day of the discovery of the FBI’s use of private contractors, FBI lawyer Lisa Page sent a text to FBI agent Peter Strzok: “Need to try to fix a HUGE who f-up.”

AC himself explains what appears to have happened:

What has Q said? “We have it all.” “FISA Declass will bring down the house.” “This thing is bigger than you could possibly believe.”

What have I said? Cabal has amassed detailed surveillance files on every American, including conversations, intimate moments, and embarrassing details gathered from within the most private parts of their private homes, where they thought they had sanctuary to relax. This is what Q is saying. They have got it all. There is only one “it all” in this game. It is the whole ball of wax, the whole enchilada, the big database with all the files on everyone in America. Everything else is nothing by comparison.

thought it was gathered off the record, by private companies that hired contractors which would shield it behind the Fourth Amendment. But then, I thought the spying on Trump would have been done by a private sector company with plausibly deniable ties to the Cabal.

I was wrong. These dumbasses used official government resources and signed official orders sanctioning the use. I hear R. Lee Ermey catching the recruit who wisecracked, with his eyes bugging out saying, “Oh, now you are FUCKED! I’ve got you! I know who you are! I know your fucking name!” They put their fucking names on it.

This is bigger than Watergate + 9/11 + the Bay of Pigs + almost every other conspiracy theory you can name combined. It is also why you're seeing definite signs of panic and desperation everywhere from the House of Representatives to the mainstream media to the boardrooms of the Fortune 500. This reaches from the heart of the Swamp in Washington DC to Silicon Valley and Seattle, Washington. In East Germany, it came out after the Wall fell that one-fifth of the population was involved in the surveillance of the other four-fifths of the population; now keep in mind that due to the mathematical reach of the FISA warrants, the 825 million surveillance orders issued actually exceeds the 320 million population of the USA.

Now we know how and why Google and Amazon and Facebook got so big, so fast. They were the corporate arm of the surveillance state. No wonder their top executives are retiring and running and applying for citizenship in non-extradition treaty countries like New Zealand. 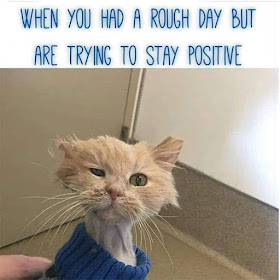 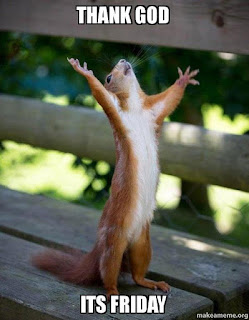 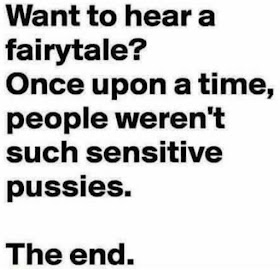 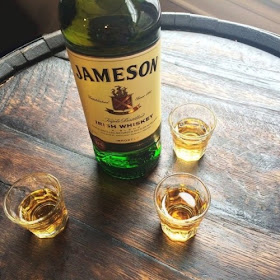 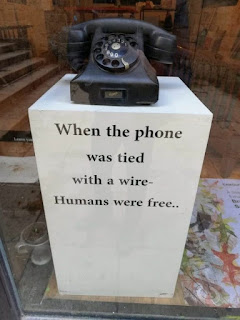 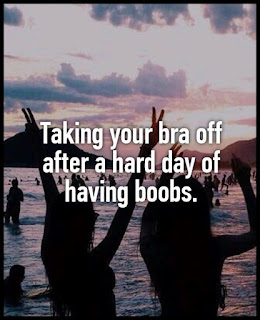 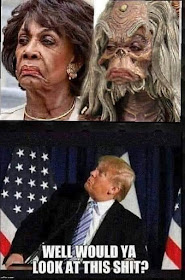 For My Readers That Wanted The Header Image... 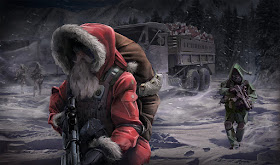 I found it here. 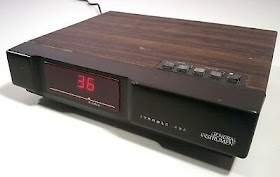 Check this out.  I found it in the comments to THIS POST AT THEBURNINGPLATFORM<<

Scroll through all the various music choices posted. There's something for everyone. ^^^^^


Fuck these spammers..... My Pakistani "friends" need something like this right under their shitty apartment is Faisalabad: 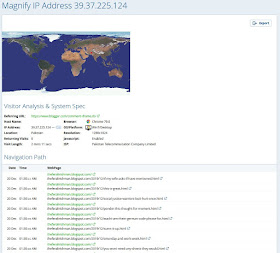 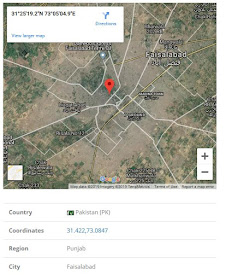 "You cannot invade the mainland United States. There would be a rifle behind every blade of grass"

In the polarized political climate of today, it matters not whether Yamamoto actually said those words or not. What matters is "the right of the people to keep and bear arms shall not be infringed". 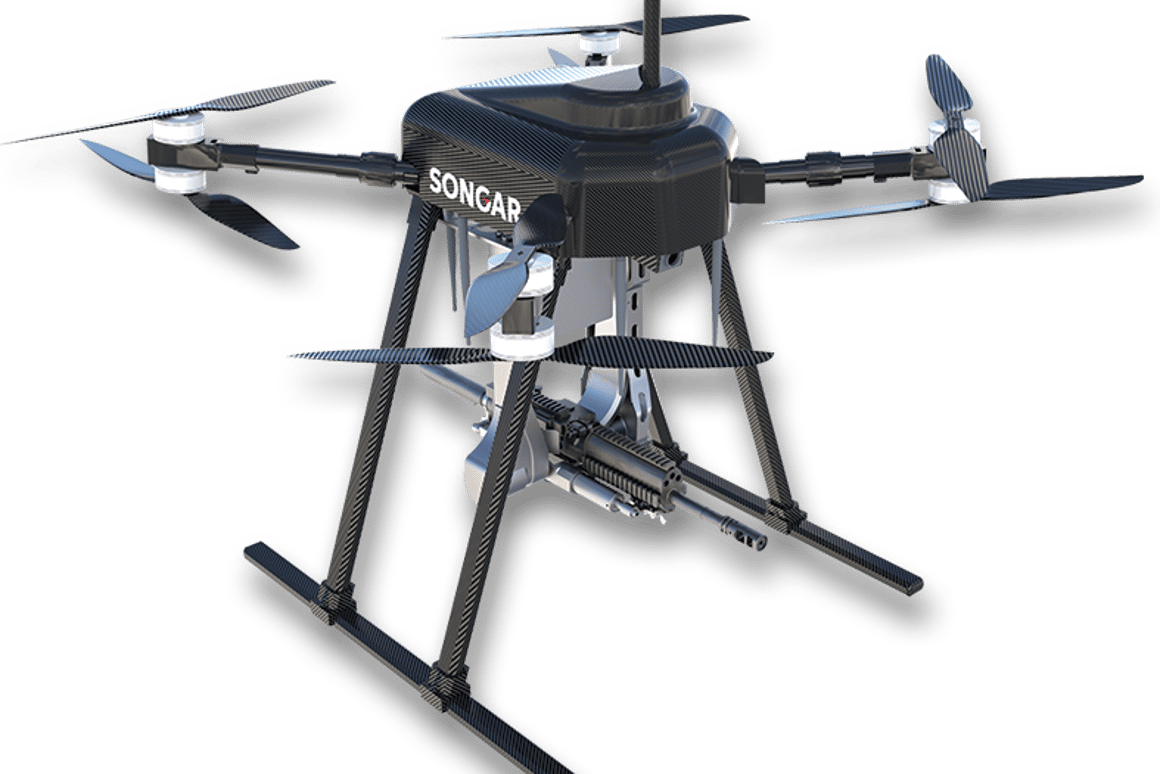 Turkey recently acquired quite a few of these. Read the story  HERE.

H/T to Scott at Lakeshore

H/T to Pete in Knoxville!

Rather than playing up the attributes of the Nazi War Machine, the U.S. Army decided to apologize for using a photograph of convicted war criminal Joachim Peiper in part of a "Battle of the Bulge" anniversary post. I suppose is easier to apologize than to rationalize. I guess this could be chalked up as another alteration or even erasure of history. Almost every American veteran I have ever spoken with or read about that fought in the ETO had nothing but high regards for the German soldier and the German's technological advancements. They may have hated their adversary, but  still they respected them. The Wehrmacht the Americans fought in Europe were far from the klutzes portrayed in television programs such as Hogan's Heroes.

H/T to Reader Bob in KY

Ponder this thought for a moment.

"Wanna be" tyrants, VA State Senate Majority Leader Dicky Saslaw (D) and Governor Ralph Norman (D), have wiped their asses on the U.S. and Virginia Constitutions and are now attempting to trample the Second Amendment rights of law-abiding citizens knowing full well that there are approximately three million gun owners residing in The Old Dominion State. Imagine how they would treat the citizens of Virginia if they knew  for certain they were all disarmed. There is a reason for the Second Amendment and it is not to insure that good citizens can go deer hunting.

Images "borrowed" from the WRSA post Know Your Tyrants

Wacht Am Rhein: The German Code Phrase for the attack designed to capture the deep water port at Antwerp and drive the Allied Armies back into the sea began today 75 years ago

One of my favorite scenes from the 1965 film "Battle of the Bulge" is a portrayal loosely based on facts surrounding the famous battle. I also believe Robert Shaw's character, Martin Hessler, is a given for Joachim Pieper who in real life led the German spearhead known as Kampfgruppe Pieper into the attack. Below is a link to story a that describes the "most horrific" battle of The Battle of the  Bulge. H/T to Bob in KY for sending and remembering the sacrifices of one of the bloodiest battles of WW2.

Click HERE to read this little known story of bravery as a 26 year old Major takes the initiative and helps turn the tides of this historic battle. 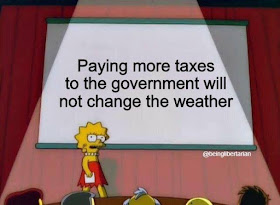 Smonday.... and The Work Week 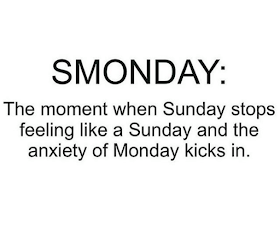