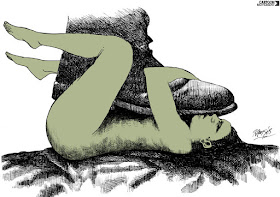 WE LIVE IN SOME STRANGE TIMES
In our time of movies, TV and video games saturated with over-the-top violence, why would the New Zealand government take such extreme measures to prevent its citizens from seeing the video?
The answer perhaps is that if the people of New Zealand actually saw the video, they would realize the mosque shootings were a gigantic false-flag hoax perpetrated on them in order to advance gun control. (The video can still be viewed on BitChute, the file-sharing video hosting service, and also here.)
READ BELOW

Posted on March 22, 2019 by Dr. Eowyn | 27 Comments
Rate this post
On March 14, 2019, New Zealand sustained its deadliest mass shootings in modern history when a lone gunman, 28-year-old Brenton Tarrant, killed 50 people and injured another 50 at Al Noor Mosque and the Linwood Islamic Centre in Christchurch, New Zealand. The media immediately identified Tarrant as that most
noxious of all monsters — “an alt-right affiliated white supremacist”. (Wikipedia)

The gunman recorded and streamed on Facebook Live a video of the first attack at Al Noor Mosque, with 4,000 overall views before it was taken down. The video is banned by the New Zealand government because it is deemed “objectionable” — whatever that means. Anyone who possesses or shares the video is threatened with 10-14 years in prison; corporations (such as web hosts) face an additional $200,000 ($137,000 US) fine under the same law.

Even without being asked by the New Zealand government, mainstream U.S.-owned platforms such as Facebook, YouTube, Twitter and Scribd eagerly complied with the ban by scrubbing the video and the shooter’s manifesto. YouTube went so far as to intentionally disable search filters so that people cannot find the video or other Christchurch shooting materials.
Websites such as Dissenter, Zero Hedge, 4chan, 8chan, and video hosting platform LiveLeak, among others, which hosted footage of the attacks or simply allowed people to engage in uncensored discussion of the shootings, have been partially or completely blocked in both New Zealand and Australia for the sake of “protecting consumers,” according to New Zealand Telecom, the privately-owned telecommunications provider.
In an open letter to Facebook, Twitter and Google, New Zealand telecom CEOssaid the suppression hasn’t gone far enough, and urged that U.S. social media follow European proposals for hyper-vigilant policing of content for the sake of “protecting consumers”. The letter reads (Zero Hedge):

“You may be aware that on the afternoon of Friday 15 March, three of New Zealand’s largest broadband providers, Vodafone NZ, Spark and 2degrees, took the unprecedented step to jointly identify and suspend access to web sites that were hosting video footage taken by the gunman related to the horrific terrorism incident in Christchurch.
As key industry players, we believed this extraordinary step was the right thing to do in such extreme and tragic circumstances. Other New Zealand broadband providers have also taken steps to restrict availability of this content….
We also accept it is impossible as internet service providers to prevent completely access to this material. But hopefully we have made it more difficult for this content to be viewed and shared – reducing the risk our customers may inadvertently be exposed to it and limiting the publicity the gunman was clearly seeking.”

In our time of movies, TV and video games saturated with over-the-top violence, why would the New Zealand government take such extreme measures to prevent its citizens from seeing the video?
The answer perhaps is that if the people of New Zealand actually saw the video, they would realize the mosque shootings were a gigantic false-flag hoax perpetrated on them in order to advance gun control. (The video can still be viewed on BitChute, the file-sharing video hosting service, and also here.)
Two FOTM posts have addressed the mosque shooter’s video: “The Christchurch mosque-shooting video banned by New Zealand government” and “The NZ mosque-shooting post that got Tony Mead banned from Facebook, again“.
This post offers four reasons why we can confidently say the mosque shooting video is a CGI (computer generated imagery) fake, using the chroma key compositing (or “green screen”) technique:

In an audio interview and on James Fetzer’s blog, Dr. Scott Bennett, former U.S. Army psychological operations officer and State Department counterterrorism contractor, points out that in a real shooting with real bullets, especially when civilians are shot, they would be in a state of hysterical, emotional shock. Panic-stricken, their bodies flooded with adrenalin, they would violently flail, run or crawl away. They do not simply fold up and fall to the ground like sacks of potatoes.
In the mosque shooter’s live-streamed video, however, the victims immediately fall to the floor like sacks of potatoes, face down (since faces are more of a CGI challenge). Once fallen to the floor, the victims stay still, with nary a moan nor twitch.
It stretches our credulity to think that the mosque shooter is such an expert marksman that every shot he fired was a kill shot. The fact is that in real life, bullets can bounce, ricochet, and miss the target.
Writing in “What really happens when you get shot,” Wired, Dec. 8, 2015, Connor Narciso, a former Army Green Beret who served in Wardak Province, Afghanistan, with 3rd Special Forces Group, explains:

As a combat medic in Afghanistan, I treated a variety of gunshot wounds. And as the husband of an emergency room provider at Johns Hopkins Hospital in Baltimore, gun violence has remained—at least peripherally—a significant part of my life….
[E]ven multiple gunshots to the torso won’t guarantee death, or even incapacitation. Arun Nair is an attending physician in the ER at Johns Hopkins, and an International Health Fellow. “Bullets are magic,” Nair tells his students. He recounts the story of a young man in Lebanon who survived after being shot six times.1 He took repeated shots to the chest and throat. One of the six bullets stopped inside his pericardium, the narrow space between the heart and its thin protective membrane. Another bullet ended up in the victim’s esophagus; he swallowed it. Amazingly, the patient was alert and speaking lucidly to the doctors. You can’t assume anything, says Nair.

At the 8:56 mark in the video, the gunman is outside the mosque’s front gate and begins shooting down the street. At the 9:06 mark, the gunman turns around and shoots down the street in the other direction.
Curiously, the video shows shell casings being ejected from the semi-automatic, but the casings then disappear into thin air. No shell casings are on the ground because this footage was actually taken not on the street but before a “green screen”, which explains why we see shell casings being ejected but no casing actually falls to the ground.

(3) BULLETS LEAVE NO MARKS WHEN THEY HIT THE VICTIMS

After shooting up and down the street, ejecting shell casings that vanish into thin air, the gunman returns to his car and exchanges rifles, tossing the one he had used to the ground next to his car, which later also vanishes. He then inexplicably returns to the “crime scene” to shoot again and again at the crumpled bodies in the mosque. Strangely, the “bullets” leave no marks on the victims’ clothes or bodies. Upon impact, we see only a puff of air on the victim’s clothes, which suggests the gun was a toy gun that blasts air instead of solid projectiles.

Yesterday, in an email to James Fetzer, Gordon Duff, senior editor of Veterans Today who is, like Fetzer, a U.S. Marines veteran, wrote:

“I generally recognize any part or accessory available worldwide for this type of weapon the common sellers, palmetto state armory, delta team tactical, classic firearms…and nobody has part for real guns that look like the things in the video. mike and i have built thousands of custom AR weapons in every size and caliber this stuff is crap…..and quite possibly toys….What we have in NZ appears to be (real or fake) video of fake guns.”

Indeed, in a comment, Kevin J. Lankford, a reader of FOTM, observed that the shooter’s guns “looked like nothing I could identify,” and that the reason why the guns are painted with white symbols all over is precisely “to disguise the fact they are fake.”

(4) BULLETS FIRED AT WINDSHIELD LEAVE NO  HOLES OR SHATTERED GLASS

After the gunman finally leaves the mosque, he gets back into his car. While driving away, he shoots at the car’s windshield three times. Strangely, the bullets leave no marks on the windshield — no bullet holes, no smashed glass — as you can see in the GIF below and the pic of his arrest by police.

To conclude, the shooter’s livestream video was made with a live man shooting guns, at least one of which is a toy air gun, against a “green screen”. The “green screen” is then filled in with CGI images of the mosque and victims being shot; of the street outside the mosque where the gunman fired shots, ejecting shell casings that vanished into thin air; and of his car, wherein the gunman shot at the car’s windshield, leaving no bullet holes or shattered glass.
All in all, the video was poorly and sloppily made. Wellington should have hired Sir Peter Jackson’s Weta Workshop to do the job.

Go here to watch a video demonstrating the fakery of the mosque shooter’s livestream video by juxtaposing it with footage from a video game. Also, this is where I "borrowed" this story from. 19th Ward Chicago