... and the guy in the ticket booth can't pass up snapping a photo.... 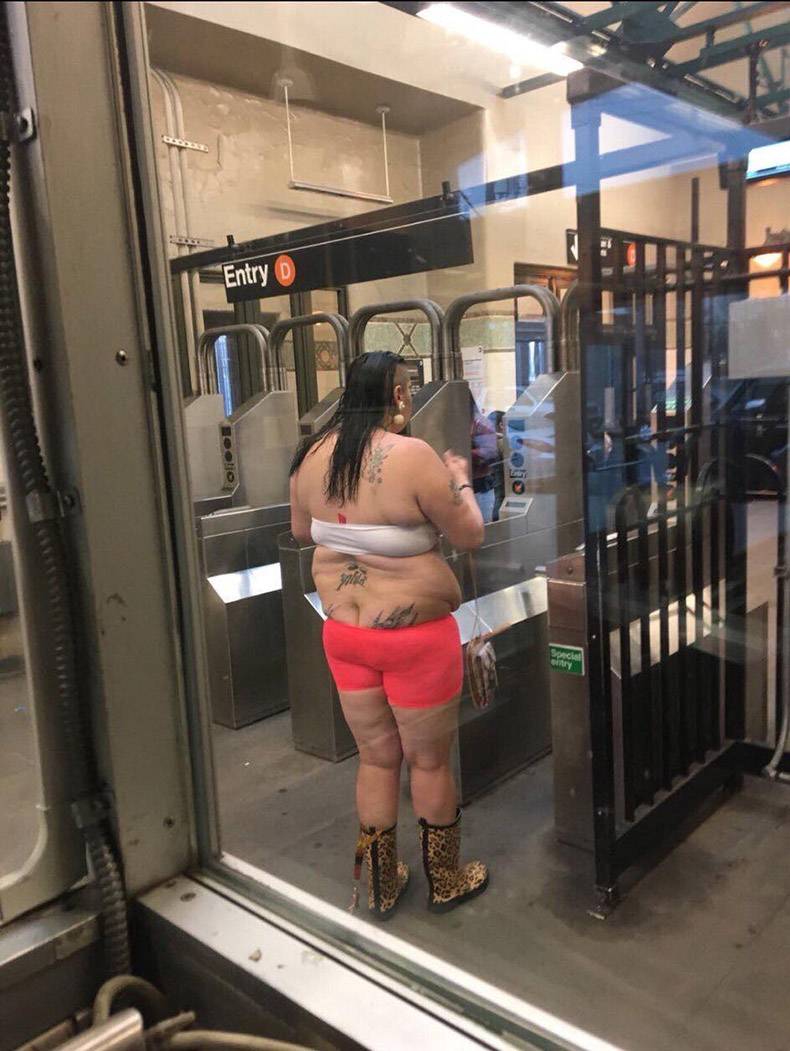 Because I am a "lifer" in the military, I've seen the impact of a president more than many of you can imagine.  I enlisted with LBJ and saw just what a Democrat clusterflock was all about.  I went to Vietnam and saw how we were constantly and incessantly bombarded with micromanagement from Washington that got thousands of military people killed.  I sometimes wonder if I'll get to heaven, but if I go to hell, I'm sure I'll still be a few hundred floors above that bastard Robert McNamara , LBJ, John Kerry, Jane Fonda, and yes, even the "hero" John McCain.

After Johnson "abdicated" rather than having his ass waxed, I lived through Nixon who was hawkish but allowed the generals (and there WERE a few real generals back then versus now) run the show.  He was so out of touch that he never knew North Vietnam was about to surrender when the Paris Accord was presented.

Only God could help us after Gerald Ford was beaten by Jimmy Peanuts who'd been funded by Saudi money.  The military
was turned into Section 8 and even the Whitehouse suffered the
austerity.

Then the light began to shine and Ronald Reagan
swept into the fray.  He not only loved the country and the military, they loved him back.  Esprit d'corps was off the scale during his presidency.  The Liberals were slowly turning into socialists, however, and about this time all the draft dodgers of the 1960's who'd been given amnesty by Jimmy Peanuts were turning out
college graduates with degrees in socialism.

Welcome to Bill Clinton.  Clinton spent most of his two terms wagging the dog and creating the Oral Office, sending a bomber to blow up Qaddafi's tent and killing a goat or two, while allowing the UN to set up the infamous Black Hawk Down situation.  He made history by becoming only the second president to be impeached.

I actually felt sorry for Bush 2.  He was doomed to infamy from the start.  He thought most of America was still the rah rah patriots of WWII when they were simply socialists waiting to feed him to the sharks.

Then there came the Manchurian Candidate with a faked (OK Democrats, let's say "of questionable origin" to assuage your PC brains) birth certificate, who'd gotten a free ride through college under a foreign student exemption, and whose college records and complete life history had been sealed.  (We know more about Thomas Jefferson's bastard children than we do about Obama, Michelle, OR their two kids).  From his inaugural address, he slandered America and within days had begun to encourage dissension of the races as well as slandering
police who "acted stupidly."  That was mild to the crap that would come in doubling the national debt from what had been built by ALL THE PREVIOUS PRESIDENTS COMBINED, feeding us bullshit about how Muslims built this country, and nationalizing American industries.  Fueled by George Soros' money and using the Air Force fleet as his personal charters, he appointed malcontents and traitors into positions of authority.  He trashed the Constitution by installing "czars" (interesting he chose a title like that) to bypass Congressional authority.  By that time, Congress was completely corrupt on both sides of the aisle.  No one had balls to impeach this charlatan.

Mysteriously, the lone outspoken conservative Supreme Court Justice suddenly dies in his sleep at an Obama pal's hunting lodge and the Supreme Court is evenly split.  Finally, Congress shows some balls and rejects Obama's nomination.  The Libertards aren't worried because the fix is in.  Soros has paid demonstrators to cause turmoil at all the Republican
gatherings, Obama concedes that illegal aliens should vote as they won't be prosecuted, and Soros-manufactured voting machines are caught switching votes in certain precincts.  Hillary has cheated her
way to the nomination and her lies are completely ignored by the  brainwashed minions of sycophants who follow her.

But a shocking thing happened on the way to the forum.

Middle America had had enough and although the pollsters and the pipers tried to convince them not even to bother to vote, they were fed up with the denizens of the swamp.  It was time.  Florida was designated a "swing" state ignoring that all those old retirees living in St. Petersburg, and the fed up Cuban Americans of Miami weren't interested in their platform.  Ohio and Pennsylvania, where coal production was blacklisted and where Obama had ridiculed them for "clinging to their Bibles and their guns," lay awaiting this supposed "landslide" Hillary vote and creamed it.

The Socialist world of the Democratic Party disintegrated. An American who expressed unbridled love of country and respect for police, firemen, and military steamrolled across the heartland and the liberals realized their scheme was trashed.  A CONSTITUTIONALIST would be nominated to the Supreme Court and if the old hag Ginsburg who'd claimed to retire if Trump were elected would actually leave, the Supreme Court would have a massive majority of CONSTITUTION A LISTS for the next 40-50 years.

Now, the same party who'd ridiculed Trump on his comments about the election being rigged, started screaming that the election was rigged.  They even advocated having the election repeated.  They created mobs that burned and pillaged, stopped traffic, threatened murder, battery and rape of Trump supporters, and became the anarchists that the socialist dream thrives upon.  They run like castrated pigs for safe zones and use diaper pins as their national symbol.

This is exactly what happens when political correctness takes over and participation trophies are awarded to everyone.  They can't conceive how disgusting and subservient they have become.  Donald Trump may NOT be the best person for the job, but he's such a welcome respite from the candy-assed wimps who've been running the swamp that it's refreshing to see.  At the very least, Donald Trump derailed the Socialist train and bought us precious time.  If he only does half of what he's promised, we'll still be legions ahead of where Obama has dragged us.  Already countries who held us in contempt are lining up to be found in the favor of America.

So for you liberal lurkers and you half-assed fence-sitters, ####off!  You had your big hurrah and now your party is over.  For you staunch Republicans in office, don't gloat so much yourselves.  You've been put on notice by the American people that we're fed up with ALL YOU BASTARDS and if you don't start putting America first, you do so at your own peril.  You might want to buy a copy of George McGovern's
autobiography and see how shocking and humbling it can be for a professional politician to have to try to find legitimate work once he falls from grace.

This election was pure, unadulterated AMERICAN.  Hillary got beaten and AMERICA WON THE ELECTION. You can claim he's not "your president" all you want, but unless you forfeit your American citizenship
YES HE
IS!!!!

Go cry a river some place they need water.

That Moment When The Left Realizes We Are Done Fucking Around.... 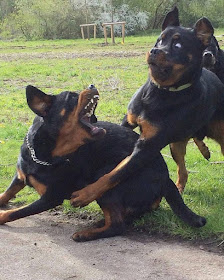 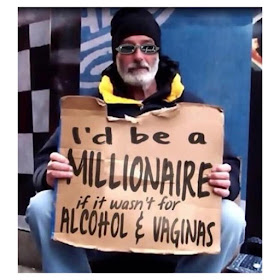 Come on Lefties.. Show Your Support.... 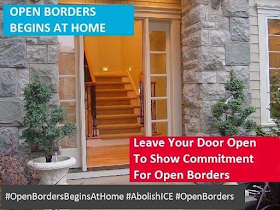 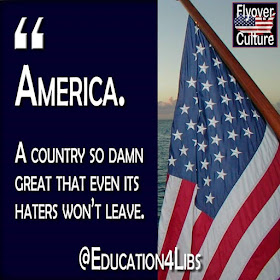 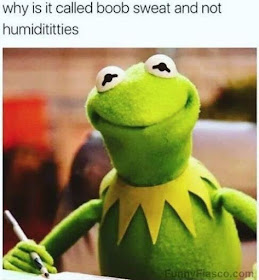 Below the fold are some examples to help you decide...

When You're Out Shopping At Walmart In Mexico... err.... 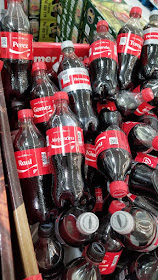 There were no Toms or Bobs or Jeffs or Johns in there.
( Didn't check for Mohammed) 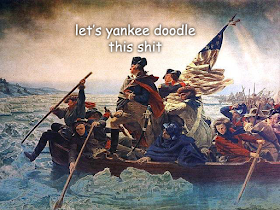 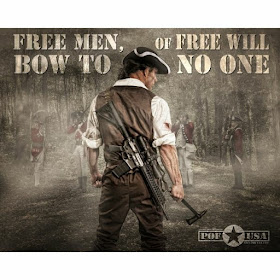 Lake County teen trapped in a tree by an aggressive alligator that stalked her deputies say.

Read the rest of the story HERE.

Billionaire Richard Branson: America Should Give Out Free Cash To Fix Income Inequality

Hell, I thought that was the main reason the demokratz, progressives, socialists, communists, and RHINOS had been taxing the dogshit out of those of us who work and actually pay taxes.

To read the rantings of a blithering idiot, click HERE,

I saw it right off

Woman bit on finger and dragged under while feeding sharks 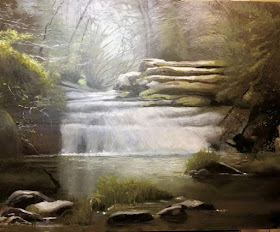 More on this story HERE. 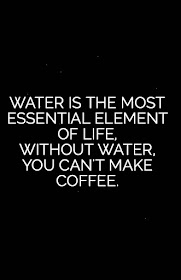 It Was At That Moment When You "Thought" You Had Everything... 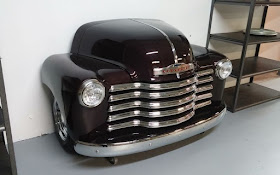 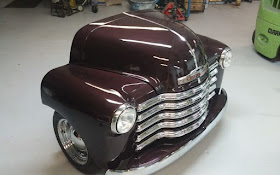 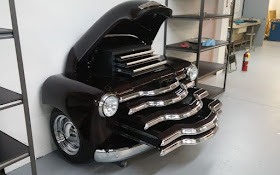 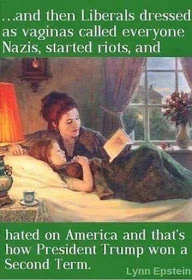 "In A Land Of Timeless Beauty, He Was A Man Of Peace"

H/T to Benton in Knoxville