I Am Humbled By This Award...

MORE INFO HERE  about the award and the others that I share the honors with. 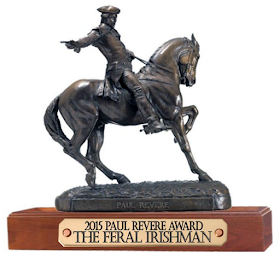 THANK YOU VERY MUCH!


This is the beginning of a guest post by Ol' Remus:

With all the recent troubles we’re again being invited to an honest and open conversation about race, or said differently, the browbeatings will be resumed. Try this for honest and open: many of us, probably most of us, are tired of your whining, your so-called grievances, your violence and crime, your insults and threats, your witless blather and pornographic demeanor—all of it. You’re not quite 13% of the population yet everything has to be about you, all day, every day. With you, facts aren’t facts, everything’s a kozmik krisis, and abusive confrontations are your go-to. Here’s the thing: some of us despise you, although fewer than you believe, but most of us plain don’t care about you or your doings. There was a time when we did care, but you betrayed our good will and played us for fools. We laugh about it now, but we actually believed you wanted equal opportunity and mutual respect and to live in harmony—all that stuff. Ain’t it a hoot? Imagine our embarrassment.

I found it at extexanwannabe's place.. Follow the LINKS HERE to read the whole thing.

84 Acres And A Blacksmith Shop For Sale..... Good Place To Ride Out The Zombie Apocolypse....

84 acres all but 5.5 acres in current use. The site includes a 20x24 workshop with a 12x12 addition, electric service, blacksmith fireplace and wood stove and a 20x26 machine shop, electric service, Miller hot air furnace and large casement windows with attached and detached sheds. On the west boundary there is Boyce Pond and a small open field, an attractive site with a 12x12 cabin and outhouse 1/2 mile down a gravel driveway. The cabin has built in bunk beds, a wood stove and 4x12 screened porch. (Boyce Pond is a small shallow water body that the dam was removed resulting in water being drained.) Potential for one or two lots along the road, in addition to the site of the shop buildings. Potential residential site near the cabin. Can be purchase along with MLS 4423185. 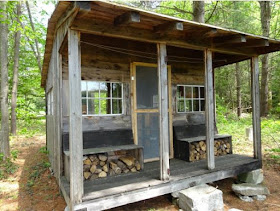 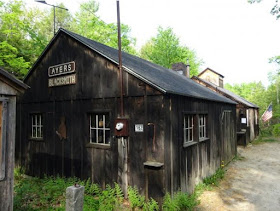 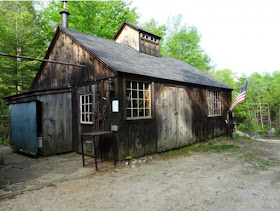 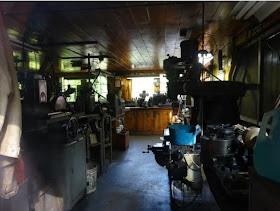 It is a sad fact, but true, in that TPTB milk situations such as this to further their agenda. A prime example is shortly after the killings, when the bodies of the murdered were not even cold, the POTUS began to chant his witch-doctor mantra diatribe calling for the banning certain types of weapons, stricter background checks, more gun control, blah, blah, blah. If anyone has doubts that this tragic situation is not being exploited for maximum effect, turn over to FOX NEWS this morning and watch the ticker at the bottom of the screen run over and over to the tune of (and I paraphrase) "federal authorities are still investigating as to whether there will be charges of HATE CRIMES brought against Dylan Roof, blah, blah, blah." This drug induced Zombie has already confessed to killing nine people! He will either die in prison or in the state of South Carolina's death chamber. Ask yourself why waste taxpayer money to build a "HATE CRIME" case against him. It is all for show and further division. Thus the message to the masses will be ONLY .gov CAN SAVE US! The sad part is that many people believe and rely upon this false premise.


In regards to this photo of Lena Dunham... 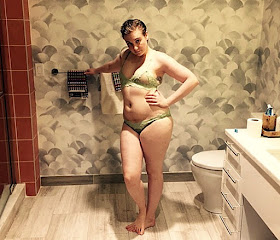 "The real hero is the guy who hung that towel rack that is holding her up. That’s solid craftsmanship".... Rorsarch

Here use this now: 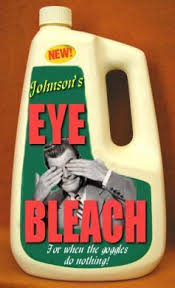 My Engineering Mind Was Perplexed...

A few months back I set up an old drafting table as a stand up work station for my office.
It is tilted at 7 degrees (7.125 I measured it)  so that the keyboard sits at a comfortable position. 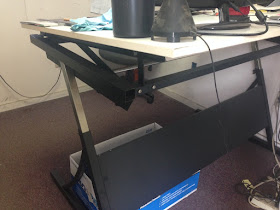 I was getting numbness and tingling on both little fingers of my hands. Probably from leaning on my flat desk and pinching the ulnar nerve.

Anyway, I was turned around to get something and suddenly I heard a strange ticking noise. When I turned around I saw my haunted water bottle walking down my desk.  This clip is the last minute or so but I watched it for 4-5 minutes before I got the cell phone to see if it would stop or not.


I haven't been able to recreate it. I have bumped the desk with various force and the bottle will move a bit or tip over.


Ya I know it's stupid, but I found it interesting just the same.

Morning Laugh....Ralphie May on Cuban Coffee....

Let Us Get In The Time Machine And Go Back To See How We Got Here Today...... 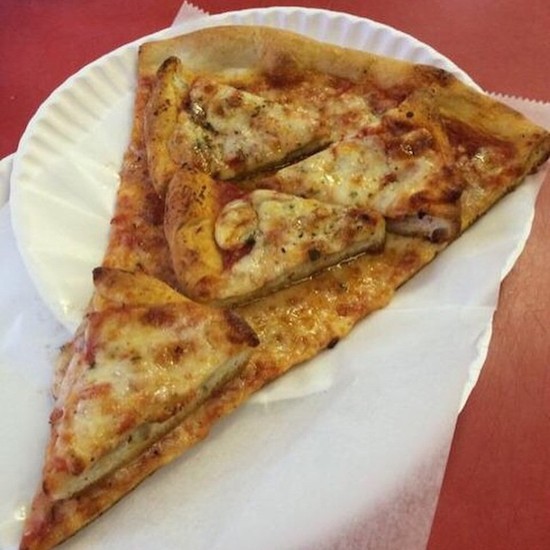 Somebody Just Threw Gasoline On a Smoldering Fire....

My first thought when seeing the headlines this morning was, now it's gonna get bad.


This shooting, on top of the current underlying tensions on race in this country, is going

to be used by the usual suspects to fan the flames of discontent.  Not good.

Over at THE LAST REFUGE there is a lot more info.

How many mass murderering shooters do this?: 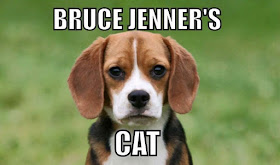 maybe it's the beer, but that's fucking funny.

Given All The "Train Wrecks" That Are Gracing The Headlines Lately... I'd Rather Watch This...

Thank God I'm Not In The Public School System ... I'd Be Suspended..


This looks like a gun and it scares liberals.... 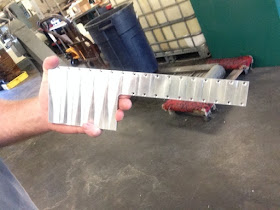 Electable or Not, Trump's Announcement Was A Welcome "Breath of Fresh Air"!

Here are ten amazing quotes from Donald Trump's announcement to run for president. Before yesterday, I do not believe one of the dozen or so republican candidates running for president in 2016 would have dared to have made ONE of these brazen remarks that Trump belted out during his announcement. In my opinion almost all of them project the image of "more of the same". However, I believe it is only a short time before the data will be analyzed and political polls taken and this information will show most conservative Americans overwhelmingly support every issue Trump addressed and they will begin to roar like the lion that Trump was yesterday. Whether these politicians will follow through or if the American people who have grown weary of empty promises, .gov waste, .gov intrusion, .gov gestapo tactics whereby innocents are stolen from, beaten, and killed,  will believe any politician is to be determined. In this bold-head-on announcement Trump has changed the game of American politics, at least from a campaigning viewpoint. He had the courage to name the issues that are destroying the very fabric of this country and turning patriots, small business owners, and working taxpayers against the government that is bankrupting them as well as our nation. If Trump had of been playing baseball yesterday, he would have pitched a no hitter and hit a grand slam!  Jeffery

What Are Your Opinions On E-readers?


I'm thinking of stepping up to an e-reader so I can keep all my pdf's and books in one place.

Any input, pro or con would be helpful.

Rachel Dolezel Was In A Michael Jackson Video.....Who Knew? 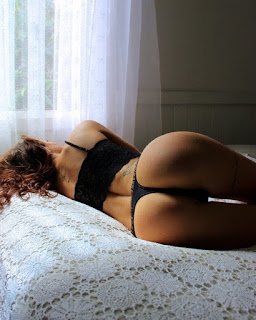 He's hot and miserable, so he decides to take action. The A/C has been busted for a long time, so he fixes it. Things cool down quickly. The moving walkway motor jammed, so he un-jams it. People can get from place to place more easily. The TV was grainy and unclear, so he fixes the connection to the Satellite dish and now they get hundreds of high def channels.
One day, God decides to look down on Hell to see how his grand design is working out and notices that everyone is happy and enjoying umbrella drinks. He asks the Devil what's up?
The Devil says, "Things are great down here since you sent us an engineer."
"What?" says God. "An engineer? I didn't send you one of those. That must have been a mistake. Send him upstairs immediately."
The Devil responds, "No way. We want to keep our engineer. We like him."
God demands, "If you don't send him to me immediately, I'll sue!"
The Devil laughs. "Where are YOU going to get a lawyer?" 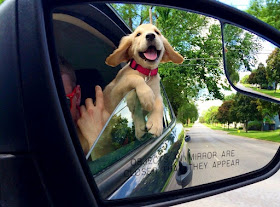 I Wonder What Would Have Happened If Elvis Had Enjoyed Pot Brownies?

This is the shocking moment migrants surround a passenger coach as they tried to smash their way into the back of a lorry before it boarded a ferry at Calais bound for the UK.
The dramatic footage was filmed by a passenger, who was travelling from the French port town to Dover.
As vehicles begin to queue up as they enter the port, one of the passengers on the coach begins filming as a large group of migrants approach them and one of the lorries.

MUCH MORE AT THE DAILY MAIL


After opening the truck's back doors, at least two men can be seen climbing inside the vehicle before another four join in.
They climb over the freight inside and are forced to hold on as the driver pulls away, seemingly unaware of the stowaways in the back of his lorry.
At the same time, the tour guide on the bus can be heard trying to reassure the shocked passengers.
He says: 'Basically they are not allowed in the country.

'Don't panic guys, we have locked all of the doors. Try not to panic guys.'
One of the shocked passengers asks: This is hardcore man. Do they not police this? Someone replies: ‘No.’
Eventually the other migrants who have crowded around the lorry slam the back doors shut after appearing to realise they too are unable to climb on board.
Meanwhile several others begin pulling at the side of the truck as the gasps from the coach passengers are audible with one remarking: 'This is what we've seen on TV.'
The migrants then start to circle the coach, and a burly tourist is asked to come to the front apparently to help guard the door.

You're Gonna Need A Bigger Umbrella.....

Has Anyone Else Read "Starving The Monkeys" by Tom Baugh?


Any other book recommendations in this genre that you recommend? 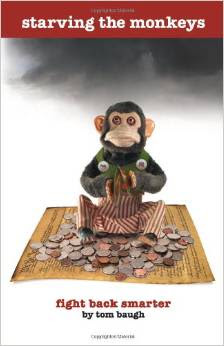 See If You Can Guess The Person And Party If I Say... "Former Governor Under Investigation"...

(nothing will happen other than your BP will go up)