This is how I get you to spend hours on The Feral Irishman......

One of my neighbors here at the industrial park had a buddy pull up with a 1972 Vega customized with a Chevy 454 motor.

Needless to say THIS caught my eye: 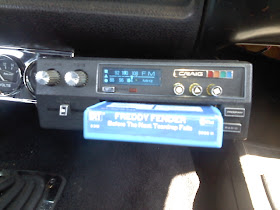 About My Blog Header for all who have asked....Here's The Full View... 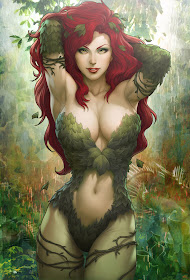 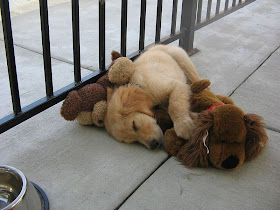 Afternoon Made Me Laugh~! 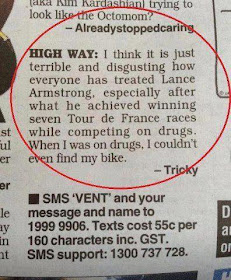 What a Wonderful Neighbor-hood...

PHILADELPHIA (CBS) – Police say three minors pointed what appears to be a gun at two people in North Philadelphia earlier this week.
The youngest suspect, 10-years-old, turned himself in on Wednesday night.
Police say the gun was either a toy gun or a BB gun. Authorities continue to search for two additional minors.

The first suspect has been described as a 4-foot-9, 10 to 12-year-old, black male with a thin build. He was wearing a red t-shirt with white writing, blue shorts, green sneakers and a multicolored bookbag. He is wanted for questioning about the gun.
The second suspect has been described as a 14 to 16-year-old, black male between 5-foot-5 and 5-foot-7 with a thin build and a dark complexion. He was wearing a dark hooded sweatshirt, dark pants with black and white sneakers and a red bookbag.


I bet if they chose the wrong victim and said victim killed the little fucker the news and
the courts would eviserate the victim.

You Won't Look At Your Dog The Same Way Anymore.. 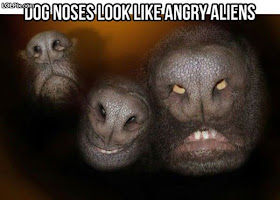 One o' them there Alabama Welders.... You might have to watch more than once :)

I wonder where this coffee shop is? 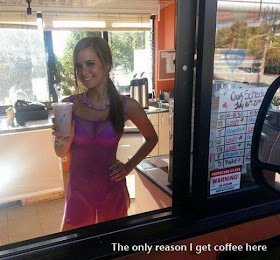 Everyone seems to be wondering why Muslim Terrorists are so quick to commit suicide.

"IF" Wirecutter had a Granddaughter...... 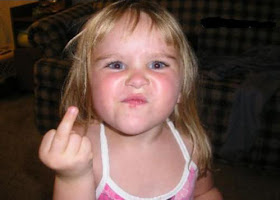 Foreigners don't need to do anything to defeat us. All they need to do is sit back and let us commit suicide with liberalism.

A firefighter was working on the engine......

..... outside the Station, when he noticed a little girl nearby in a little red wagon with little ladders hung off the sides and a garden hose tightly coiled in the middle. The girl was wearing a firefighter's helmet. The wagon was being pulled by her dog and her cat. The firefighter walked over to take a closer look. 'That sure is a nice fire truck,' the firefighter said with admiration. 'Thanks,' the girl replied. The firefighter looked a little closer. The girl had tied the wagon to her dog's collar and to the cat's testicles. 'Little partner,' the firefighter said, 'I don't want to tell you how to run your rig, but if you were to tie that rope around the cat's collar, I think you could go faster. '
The little girl replied thoughtfully, 'You're probably right, but then I wouldn't have a siren.' 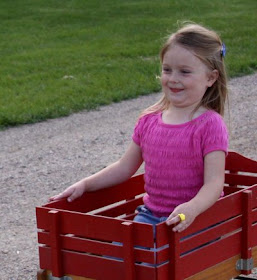 Some of the contents from the century chest, unearthed in April 2013 in OKC

100 years ago a ladies group buried a time capsule with all kinds of documents and items from every day life.  Fox 25 was there when the time capsule was finally unearthed.

With great fanfare, The Century Chest made its way to the front of the First Lutheran Church of Oklahoma City.  For the first time in 100 years, documents wrapped in brown paper and tied with string got a breath of fresh air.

Heard This on the Ride To Work This Morning... Throttle Up!!!


I'll add this one in case anyone is a fan..FUCK YEA!! 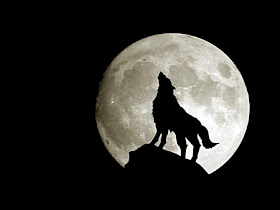 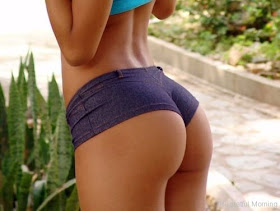 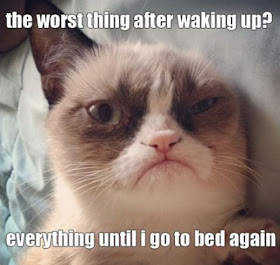 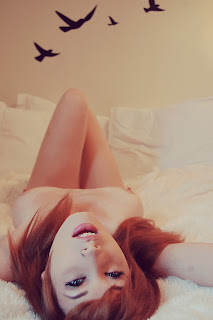 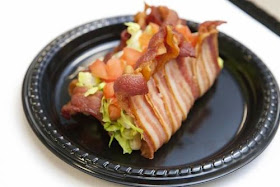 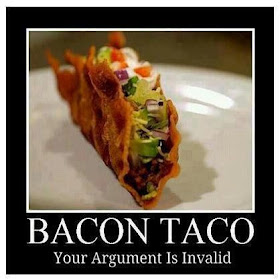 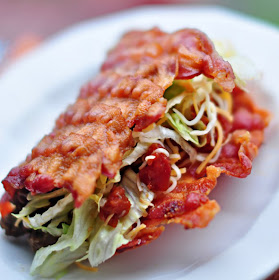 Alan over at Snarkybytes made some of these back in '09 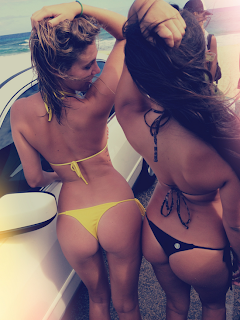 All Right... Which one of you right wing, tea party, gun nut, racist internet wizards hacked the AP Twitter account?

The Associated Press reports its Twitter account was hacked today and that a tweet sent in AP's name about bombs going off at the White House is false.

"The AP twitter account has been hacked, the news cooperative said moments after the incident. "The tweet about an attack at the White House is false. We will advise more as soon as possible."

The bogus tweet, sent about 1:08 p.m., read: "Breaking: Two Explosions in the White House and Barack Obama is injured."

Sparkles and Wine - Teaser from Nacho Guzman on Vimeo.

WTF is in the drinking water in Washington State?..

I just heard this on the radio... they have been at it for 6 years... I guess there
aren't any other pressing issues to worry about... wtf?

SEATTLE (Reuters) - Washington state's governor signed into law on Monday the final piece of a six-year effort to rewrite state laws using gender-neutral vocabulary, replacing terms such as "fisherman" and "freshman" with "fisher" and "first-year student."
Lawmakers have passed a series of bills since 2007 to root out gender bias from Washington statutes, though a 1983 state mandate required that all laws be written in gender-neutral terms unless a specification of gender was intended.
"This was a much larger effort than I had envisioned. Mankind means man and woman," said Democratic state Senator Jeanne Kohl-Welles of Seattle.
The new gender-neutral references, for example, include "journey-level plumber" instead of "journeyman plumber," "handwriting" in place of "penmanship," and "signal operator" for "signalman."

As Forewarned, The Irish Savers Have Just Been "Cyprus'd"....

I just got this in an email... any of you that are more savvy at the financial stuff  will probably


This is likely to be the biggest finacial story of the month, a story that's bigger than Cyprus, and a story that you're not going to see in American mainstream media - not by a long shot. Let's take this from the top, for BoomBustBloggers were warned weeks in advanced. On Wednesday, 27 March 2013 I published EU Bank Depositors: Your Mattress Is Starting To Look Awfully Attractive - Bank Risk, Reward & Compensation wherein I explained that the situation of extreme loss faced by Cyprus bank depositors, savers and bondholders will not be a unique story - as excerpted:
The deposit accounts that you were getting just a few hundred basis points for have developed:
The little app below calculates what return you should expect to receive to take on the risk of a potential 40% haircut. The second tab offers what recent Cyprus bank rates were. Do you see a disparity??? 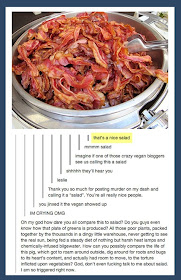 Go over >HERE< and watch this rant about DHS, The Marathon Bombing and the MSM.... you won't be disappointed. He says it like it should be said!
Irish at 10:07:00 PM 1 comment:
Share

Matt Bracken Video I Saw At Wirecutter's.. Watch It Before YousefTube Scrubs It...


A guy traveling through Mexico on vacation lost his wallet and all of
His identification. Cutting his trip short, he attempted to make his
Way home but was stopped by the U.S. Customs Agent at the border.
"May I see your identification, please?" asked the agent.
"I'm sorry, but I lost my wallet," replied the guy.
"Sure buddy, I hear that every day. No ID, no entry," said the agent.
"But I can prove I'm an American!" he exclaimed. "I have a picture of
Ronald Reagan tattooed on one side of my butt and George Bush on the
Other."
"This I gotta see," replied the agent.
With that, the guy dropped his pants, bent over and showed the agent his behind.
"By golly, you're right!" exclaimed the agent. "Have a safe trip back
To Chicago ."
"Thanks!" he said. "But how did you know I was from Chicago ?"
The agent replied, "I recognized Obama in the the middle.... 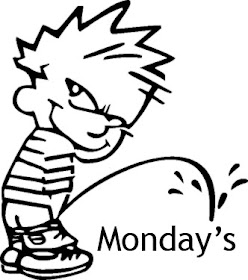 Go Read THIS  and let it sink in.

I have been saying this will be how the next attacks will happen.