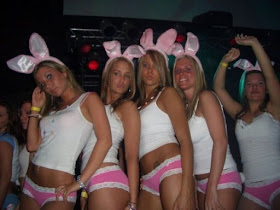 Mother Gaia will NOT be happy...... neither will the west coast and Hawaii...

This shows the migration of the debris across the Pacific over a 10-15 year period.


"In three years, the [debris] plume will reach the U.S. West Coast, dumping debris on Californian beaches and the beaches of British Columbia, Alaska, and Baja California. The debris will then drift into the famous North Pacific Garbage Patch, where it will wander around and break into smaller and smaller pieces. In five years, Hawaii shores can expect to see another barrage of debris that is stronger and longer lastingthan the first one. Much of the debris leaving the North Pacific Garbage Patch ends up on Hawaii's reefs and beaches."

Me thinks they are going to need ALOT of Earth days to make up for this one.

?How's That China Outsourcing Going for Ya?

Thousands of American companies that have moved production to China to take advantage of cheap labor might want to consider a case study that is unfolding for a U.S. manufacturing company. Fellowes Inc., one of the world's largest makers of office and personal paper shredders, is witnessing the destruction of its business, as its large Chinese manufacturing plant has been shut down by its joint venture manufacturing partner.
The company's Chinese joint venture firm has barred 1,600 employees from entering the plant, stolen all of its proprietary manufacturing production equipment and forced the venture into bankruptcy. The contracts Fellowes signed with its Chinese production company meant nothing. For Fellowes, there is no such thing as rule of law in China.

"THEY AREN'T OUR FRIENDS"

Hey all.... this might be a stupid question BUT ...is there a way to keep track of the comments that
you make on other sites regardless of the blog format, and if people reply back to comments?

Americans are more pessimistic about the nation’s economic outlook and overall direction than they have been at any time since President Obama’s first two months in office, when the country was still officially ensnared in the Great Recession, according to the latest New York Times/CBS News poll. 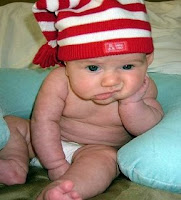 Look at that guy putting pool water in his mouth and making a fountain,
doesn't he know that there are chemiclas and bacteria in the pool????

Here is an interesting perspective on the person that is now in the white house.
I have heard people saying, he's stupid, he doesn't know what he's doing, he's naive, over his head... then I read this:

"Obama and his team try to transform America and reorganize society around the concept of social justice. A transformed America will, naturally, lead to a completely different balance of power in the world. Internal change will create external change. The vacuum left behind by a weakened U.S. — a world without a superpower, a globe of equal nations — should be filled by a new transnational body. This is the core dream of every progressive ideologue."


This is well worth the read here:

People moving out,
People moving in,
Why, because of the color of their skin,
Run, run, run, but you just can't hide.

An eye for an eye,
Tooth for a tooth,
Vote for me and I'll set you free,
Rap on, brother, rap on.

Well, the only person talking about loving thy brother is the preacher,
And it seems nobody's interested in learning, but the teacher,
Segregation, demonstration, intergration, determination, aggravation, humiliation,
Obligation to our nation.

Ball of confusion,
That's what the world is today, hey.

The sale of pills is at an all time high,
Young folks walk with their heads in the sky,
The cities aflame in the summertime,
And oh the beat goes on.

Evolution, revolution, gun control, sound of soul-shooting rockets to the moon,
Kids growing up too soon,
Politicians say, "More taxes will solve everything,"
The band played on.

Oh, Great Googamooga,
Can't you hear me talking to you,
Just a ball of confusion,
That's what the world is today, hey.

Fear in the air, tension everywhere,
Unemployment rising fast,
The Beatles new record's a gas,
And the only safe place to live,
Is on an Indian reservation,
The band played on.

Eve of destruction, tax deduction,
City inspectors, bill collectors, mod clothes in demand,
Population out of hand, suicide, too many bills,
Hippies moving to the hills,
People all over the world are shouting, "End the war!",
And the band played on.

Great Googamooga,
Can't you hear me talking to you,
Just a Ball Of Confusion, -ac
Irish at 2:12:00 PM No comments:
Share 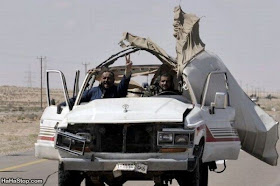 In the line at the store the cashier told the old woman that plastic bags weren’t good for the environment. The woman apologized to her and explained, “We didn’t have the green thing back in my day.”


That’s right. They didn’t have the green thing in her day. Back then they returned their milk bottles, Coke bottles and beer bottles to the store. The store sent them back to the plant to be washed and sterilized and refilled, using the same bottles over and over. So they really were recycled.


But they didn’t have the green thing back her day.


In her day they walked up stairs because they didn’t have an escalator or elevator in every store and office building. They walked to the grocery store and didn’t climb into a gas guzzling 300-horsepower machine every time they had to go two blocks.


She’s right. They didn’t have the green thing in her day.


Back then they washed the baby’s diapers because they didn’t have the throw-away kind. They dried clothes on a line not in an energy gobbling machine burning up 220 volts – wind and solar power really did dry the clothes! Kids got hand-me-down clothes from their brothers or sisters not always brand-new clothing.


But that old lady is right ... they didn’t have the green thing back in her day.


Back then they had one TV, or radio, in the house – not a TV in every room. And the TV had a small screen the size of a pizza dish not a screen the size of the state of Montana. In the kitchen they blended and stirred by hand because they didn’t have electric machines to do everything for you. When they packaged a fragile item to send in the mail they used wadded up newspaper to cushion it not styrofoam "peanuts" or plastic bubble wrap.


Back then they didn’t fire up an engine and burn gasoline just to cut the lawn. They used a push mower that ran on human power. They exercised by working so they didn’t need to go to a health club to run on treadmills that operate on electricity.


She’s right. They didn’t have the green thing back then.


They drank from a fountain when they were thirsty instead of using a cup or a plastic bottle every time they had a drink of water. They refilled pens with ink, instead of buying a new pen, and they replaced the razor blades in a razor instead of throwing away the whole razor just because the blade got dull.


But they didn’t have the green thing back then.


Back then people took the streetcar and kids rode their bikes to school or rode the school bus instead of turning their moms into a 24-hour taxi service. They had one electrical outlet in a room not an entire bank of sockets to power a dozen appliances. And they didn’t need a computerized gadget to receive a signal beamed from satellites 2,000 miles out in space in order to find the nearest pizza joint.


They didn't have the green thing back then!

My god.... I have watched this 5 times and STILL am moved emotionally. I can't even begin to imagine what those people experienced first hand.

It starts off slow, and in the distance you can see some type of movement like bulldozers plowing towards the camera. As the intensity picks up it is just jaw dropping to see the destruction and what these people that survived saw.

At the end you will see a brave man run down to save elderly people in wheelchairs, I don't think it made it out. Things really start happening fast at the end.......My thoughts and prayers go out to the Japanese.

Sheriff Joe is at it again...

Rate the mugshots of people that are arrested in Maricopa County.

Arizona-based Joe Arpaio, known for his uncompromising stance on crime, is letting the public browse through the mugshots of those arrested each day and then vote for their favorite.
"STORY"

Walking around drunk with a woody.... hmmmmm

I might have to push the chocolate vodka aside and see how much trouble
this might get me in.


They might have to put a hood over the urinals though ;)

and it would be a hell of a hangover 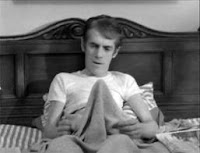 h/t to Aardvarks and Asshats
Irish at 8:37:00 AM No comments:
Share

Here is a clip of the police searching the suspect:

Police responded in force today to a report of a man with a rifle at a mall, evacuating shoppers and calling in a SWAT team as worried workers locked themselves into stores. But it turned out that the man was only carrying an umbrella.

Burlington Police Officer Jim Tigges said that at about 9:55 a.m. Burlington police received a call from mall security reporting that two employees had seen a man with a backpack and a short rifle walk into the building and go into the bathroom.


I don't know on this one....  from a distance I can see what people would think, and knowing the heightened sense of fear....  who knows??? 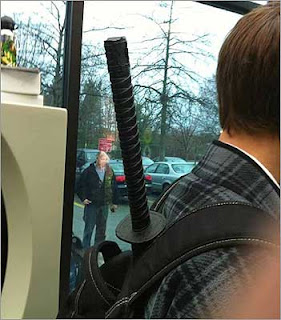 of Shin Splints and Therapy

So , the weather has gotten better around these parts and I have taken up my morning workout walk. I haven't been out since December and I have started to enjoy the crisp spring mornings and a nice brisk 45 minute walk. Things were going good and I was increasing my pace and added hills to increase my heartrate.

Daylight savings added an hour of light after work, so I started going out before dinner. This was nice and some of the sunsets were spectacular. I am trying to burn off some winter fat ( maybe 20  or so years worth ) so I've been fairly diligent with my work outs. My cardio is getting better and I have been increasing my stamina ,so when I go on my night walk I add a backpack with 25 lbs in it ( I'm also down about 14 lbs).

Last week my lower right leg started hurting. I took it easy but kept up my workouts. Its a dull pain right above the ankle that extends up the front of my shin. Anyway.. its gotten worse, to the point were its acheing at night. I took off this morning and this evening to allow it to heal and expect to give it a few more days.

I get grumpy when I'm not walking so tonight I think I need a little therapy to ease the pain; 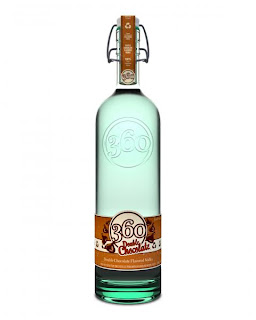 Utah, in full surround 360 degree interactive panoramas. It's the next best thing to being there. Click on any preview to open a panorama, then click and drag in any direction, including up and down. 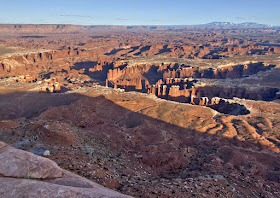 If This Is The Future, It Looks Awesome
Irish at 1:27:00 PM No comments:
Share

Jesus, I can't imagine the frame of mind for this one:

should they move the Boston Marathon to Obambi's home country?


and before anyone wants to argue the home country comment, I got it from a good source: 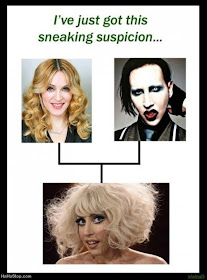 These protesters at the Madison, Wisconsin Tea Party Protest featuring Andrew Breitbart and Sarah Palin unleashed a furious message in the following video. Unfortunately, we have absolutely no idea what this message means…

An Inspirational Quote to Jumpstart Your Week....... 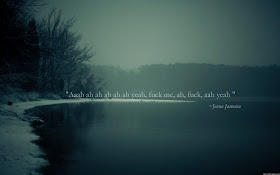